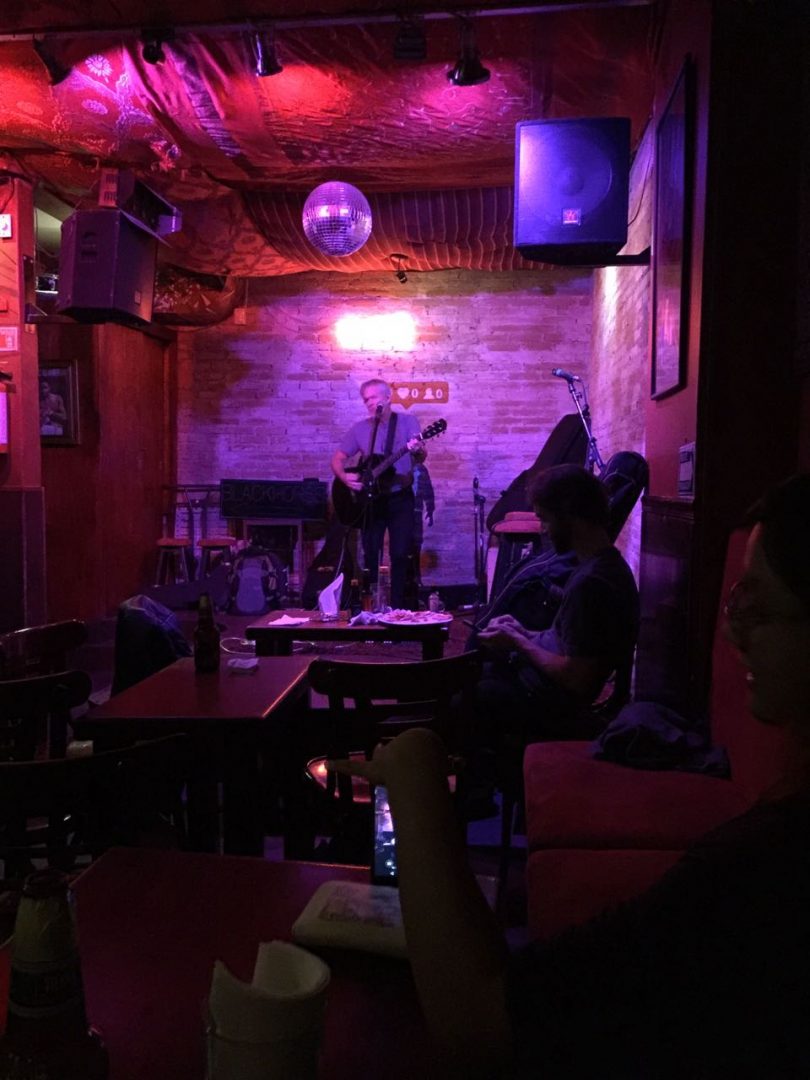 The last time I was in Mexico City I was talking to a friend about the Open Mic tour that I did in Ottawa. He suggested that I do an open mic in Mexico City.

I was in Mexico city this week so on Wednesday night I talked a bunch of people into going to the Black Horse for their Open Mic. It was a nice venue with a collection of local talent that were all quite impressive. There were people from Brazil, Mexico, Colombia, the USA and Canada. I know I said it was local talent well they all live in Mexico city now (Except me). There was a mix of English and Spanish songs, originals and covers and food and drinks.

I brought my voicelive pedal and some cables, borrowed a guitar and sang three songs.

If I come back I will definitely do it again.

This entry was posted in General, Music. Bookmark the permalink.