In yesterdays post I described the Unix operating system as the workhorse of the computer industry. That maybe true, but Microsoft Windows owns the desktop. I previously mentioned that Apple set records in 2012 for sales and Apple is known for its unique approach to user interfaces. The iPod took the world by storm and revived a company that was down and close to out.

Apple continues to make in roads with OSX and IOS, but when we consider the laptop and desktop markets they seem to be stalled at 10%. The people that use Apple desktops and laptops are CEO’s, VP’s, Artists and Musicians. These are not people typically known for their technical expertise, these are people who are looking for a tool, that is dead easy to use. I find it strange that the underlying OS is one that is supposed to be reserved for Geeks and too complicated for the average human to use.

So what is windows then and how does it differ from OSX? Well windows was the first graphical operating system for the personal computer. It was first released in September of 1985 and is credited with moving the personal computer into the hands of the average mortal. In 1994 a new version, “NT” was introduced that more closely resembled commercial OS’s like Unix. It was targeted at business which complained that Windows lacked many of the more advanced features required for their applications.

In 2006 Microsoft re-engineered their OS and called it “Vista”. This new version was not widely accepted and was immediately replaced by Windows 7. The newest release Windows 8 has been met with mixed reviews and seems to be on track to be another Vista experience.

With all of the history out of the way, let us consider the original question, what is windows? At the highest level Windows is a collection of software packages that bridge the gap between the highly technical world of computers and the real life of humans. Bridging this gap is not a simple task so Microsoft has broken it up into several areas. At the highest level there is a desktop, icons, a taskbar, optional wall paper and a start-menu. 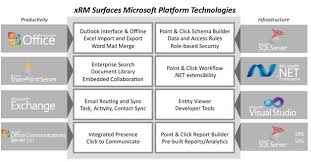 You could easily argue that many other operating systems have these things in exactly the same places so why does Microsoft own 90% of the desktop market? The answer to that question gets a bit more technical. Microsoft has a number of proprietary technologies under the hood that lock users and developers to their platform.

Things like Direct-X, .NET, ASP and IIS force developers to develop applications specifically for the Microsoft environment. There are versions of some of these things for other operating systems, but keeping up with the Microsoft churn means that bridge technologies are almost always a rev or two behind the latest versions.

As a developer I have had to spend some time over the course of my career learning to develop in the Microsoft space and they do provide a number of good resources. When I was developing in their space however, I had no cycles to consider anything else. You have to be “all-in” if you hope to succeed.

When Sun introduced the Java programming language in 1995, I thought that the world had come to its senses, but Microsoft is not one to conform. They introduced Visual J which made enough changes to the Java language to make it unique to Microsoft. The open source community cried foul and Microsoft replace visual J with a new language C#. Java programs do run on Windows and that is my “go-to” technology for applications targeted for the Windows platform. Hard core software designers will try to tell you that Java is slower than compiled languages like C# but that is really no longer the case.

You can probably tell that 20 years of being dictated to by Microsoft has not exactly made me a fan. That said, the users have been oblivious to all of this back room fighting and they make up 90% of the market that has grown up with the traditional Windows interface.

Unlike Apple, Microsoft ships their OS on other people’s hardware. This means that 90% of the hardware manufacturers ship windows as the default operating system on new laptops and desktops. When it comes to the PC market, possession is truly nine tenths of the law [grin].

So what is Windows then? It’s a legacy. It’s a collection of proprietary technologies that 90% of the world knows how to use. It is a phenom that will take generations to change. If you want to reach those users you must provide software that runs in that space.

This entry was posted in General and tagged windows. Bookmark the permalink.

1 Response to What makes “Windows”, Windows??